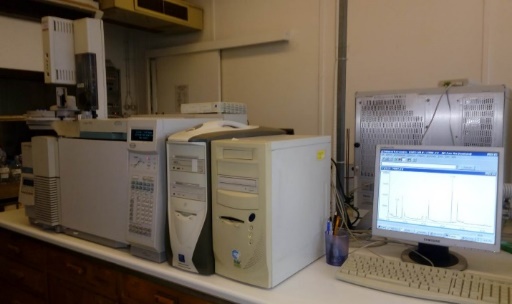 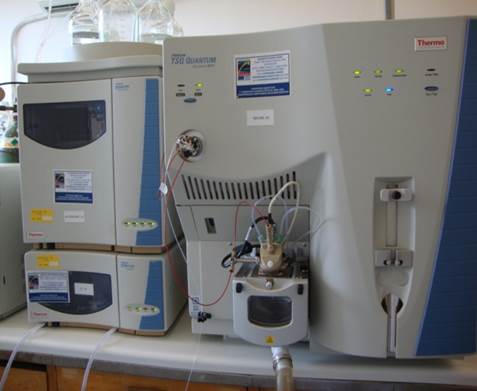 Mass spectrometry (MS) is a powerful qualitative and quantitative analytical technique based on the mass-to-charge ratio (m/z) of ions generated from a sample. Mass spectrometers typically consist of an ionization source, an analyzer, and a detector. Mass analyzers can also be combined to form tandem mass spectrometers (MS/MS) enhancing more the capabilities of the technique.

The coupling of MS with the powerful separation capabilities of gas chromatography (GC-MS) and liquid chromatography (LC-MS) led to their widespread applications in various scientific fields i.e. chemistry, environment, and medicine, among others. Electron impact ionization (EI) is by far the most used ionization method in GC-MS, in which energetic electrons interact with gas-phase molecules to produce ions, M+. This technique is particularly useful for the detection of volatile and thermostable compounds.

The facility offers GC-MS and LC-MS for both qualitative and quantitative analysis.

Quantitation and quantification of organic molecules

Quantitation and quantification of organic molecules

Ask for more information on availability,dates and pricing Submit Your Query
provided at Innovation-el by:
INN/NCSRD Athens