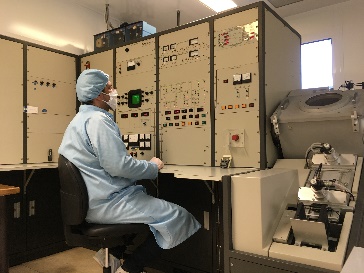 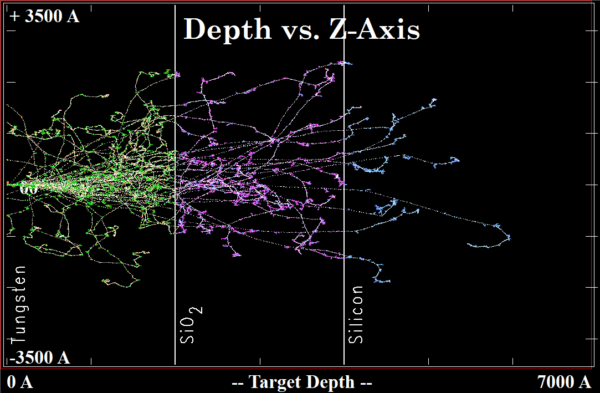 Ion implantation is a process of introducing in a controllable way energetic atoms or molecules into a solid to alter its physicochemical properties. Atoms or molecules are first vaporized and ionized, accelerated in an electric field, selected according to their mass-to-charge ratio and directed at the target material. Their penetration depth is determined by their mass, the acceleration energy, the target material including the crystalline state of the latter, and the angle of incidence of the ion beam. The dose (atoms/cm2) of the implanted species is controlled by monitoring the ion beam current. Selective implantation can be achieved by means of a patterned masking material (e.g., SiO2, Si3N4, photoresists) formed onto the surface of the target material.

Introduction of dopant atoms is the most common application of ion implantation in the semiconductor industry. In that case a thermal treatment is applied after ion implantation to activate the dopant atoms (e.g., B, P, As for Si technology) and damage recovery of the crystalline lattice. Ion implantation has been successfully used for other applications including the fabrication of silicon-on-insulator substrates and nanocrystals in dielectric materials.

Ask for more information on availability,dates and pricing Submit Your Query
provided at Innovation-el by:
INN/NCSRD Athens